Solo travel may seem like a scary, unrealistic idea activity. It could be something you’ve been considering for a while now.

Maybe you’ve encountered that term, but it never really interested you because you love to travel with a group.

The thought of exploring a new place on your own with nobody to rely can scare you.

What if you get lost?

What if you miss the bus or the train?

What if you get locked out of your hotel room?

There are so many scenarios that could unfold and scare you, but traveling solo could also excite you.

What if you make a new friend for life?

What if you discover a new dish that becomes one of your favourites?

Of course, there are always two sides to every situation.

What I must stress is to always put your safety first.

Don’t put yourself in situations that are dangerous.

For the longest time, I’d been traveling with friends or family, but I’d never explored an unfamiliar city alone.

Back when I had not tried solo travel, sure, part of me was anxious because I didn’t know what to expect, but a huge part of me was also really excited. It was the first time I had complete control and freedom of my time. I could do whatever I want to! *cue Home Alone* I could go to places I wanted to go without having to adhere to a time limit. And this next phrase may sound selfish, but I didn’t have to compromise going to a place or eating in a restaurant because I had other people to consider. I didn’t have to feel bad about spending my money on something I had a lukewarm interest in. I wanted to experience everything with intense curiosity and passion.

And so I left my comfort zone, home, and my country to study a creative writing course in Oxford after graduation. That was my first time traveling solo. The whole thing really pushed me out of my comfort zone and has been the most fulfilling experience of my life. Traveling solo has taught me so many things and if it’s something you are considering, here are the five great things you can learn from solo travel.

Uncertainty is scary because you don’t know what’s going to happen. You don’t know if the choice you make will be a good one or not until you’re actually living out that choice. Sometimes, we can be so comfortable and secure in our own world, that we forget to try something new or we stay stuck.

I’m a naturally nervous person and get anxious easily, so during my connecting flight to Hong Kong, which was only about an hour and a half, I was still a messy ball of nerves. I clutched the armrest of my seat and shut my eyes as tight as I could. There was a couple beside me who slept through the whole flight, turbulence and all that. As the flight came to a conclusion, I realized that if they were able to doze off amid the choppy ride, there was no imminent danger. If they weren’t worried, then I shouldn’t have been too!

There are many more situations that may trigger this fight or flight, but eventually, solo travel teaches you that life’s full of uncertainties and it’s okay when you learn how to deal with it. Take it one experience at a time and notice what triggers you to feel a certain way and why. By identifying that, you can be better prepared the next time something makes you anxious.

When you are traveling alone, you have no one but yourself to rely on. It’s a scary fact, but it also pushes you to step up. You are more aware of everything around you, and learn that you can do things on your own. It also makes you more confident in the long run.

When I arrived at the bus station in Oxford after fifteen hours of traveling, I still had to grab a taxi to a B&B. It was almost 10 PM at night, so I hailed a cab. As I pronounced the name of the inn, he told me that it was less than a minute’s walk away. Being in a new place alone at night had alarm bells ringing in my head mainly because I was afraid of getting lost and I really wanted to lie down in a bed and get some sleep.

I was reluctant to walk alone at night but had no choice. He wouldn’t accept me because it was too near. Thankfully, the walk was just as he said–less than a minute. The next thing I had to deal with was that the door to the B&B was locked. I had buzzed a number of times, my panic increasing with each buzz. Finally, a sleepy young man in all black comfort clothes and white socks came down with a sheepish look. After checking in, I was so thankful I’d made it to my destination in one piece and that I could finally get a good night’s rest!

START YOUR JOURNEY BY GETTING THE SUCCESSFUL CONTENT CREATOR’S START A BLOG CHECKLIST FOR FREE WHEN YOU SIGN-UP NOW!

Develop the courage to strike up a conversation with a stranger

The idea of talking to strangers may be daunting in the beginning, but eventually, you will crave for human interaction. I had gone about two, almost three whole days without having a proper face-to-face conversation–asking for directions do not count. I was scared that if I talked to strangers something bad might happen.

Since this was my first solo trip, I was paranoid about so many things. But after a few days, I started to feel lonely and wanted to connect with other people. I figured that if I was going to talk to someone, this was the best place to do it: in a secured environment. And so one morning while having breakfast at The Great Hall–I call it that because the dining halls at The University of Oxford remind me so much of the one in Harry Potter–I chose a spot at the table near three people. Soon I realized they were one huge class as more students took their seats around me.

I felt awkward at first since they all knew each other. I was lucky that a guy sat across the table, and broke the ice by asking if there was any tea. That was how we’d launched into a conversation about what their class was doing in Oxford.

I’d, later on, learn that this type of interaction–making new friends, especially at the breakfast table and forcing myself to be more social–was something I would have to deal with every day whilst studying there.

One good about meeting different people is that you eventually…

Make a new friend from a different culture

One of the fun and unforgettable parts about traveling is meeting different people. And you never know if one of the people you meet will eventually become your close friend.

Maybe I was lucky because I had a course, so I was thrust into daily situations of interacting with loads of new people. As an introvert, this at times was exhausting. Every day during breakfast I practiced striking up a conversation with at least one new person. And to this day, some of those people I talked to have now become life-long friends. Whenever I visit their city, we both make it a point to see each other and catch up.

Blossom into a more confident you

Meeting new people, befriending them and experiencing a new culture gives you a different perspective life. You see things in a new light. You appreciate the beauty around you and you experience many firsts. And there’s just something about firsts and conquering your fears that make you into a more confident person.

Have any of you traveled alone? What would you say is the best lesson you learned? 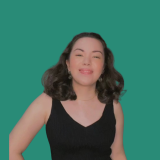 I'm Izzy, a full-time blogger and creative entrepreneur. I help content creators start a blog and build a creative biz with their blogs. When I'm not blogging, I'm working on my young adult novel that I'm hoping to publish soon, dreaming of my next travel destination, and watching Korean dramas. I’m Izzy, a full-time blogger and creative entrepreneur. I help content creators start a blog and build a creative biz with their blogs. When I’m not blogging, I’m working on my young adult novel that I’m hoping to publish soon, dreaming of my next travel destination, and watching Korean dramas.

Find out how you can start a money-making blog now.

HOST YOUR BLOG WITH SITEGROUND

WANT A MONEY-MAKING BLOG?
Learn the essentials in building a profitable blog with this course.
⬇️ ⬇️ ⬇️ ⬇️ ⬇️

THE FREE CHALLENGE THAT’LL HELP YOU BE CONSISTENT AND GROW YOUR FOLLOWING: I'm Izzy, a full-time blogger and creative entrepreneur. I help content creators start a blog and build a creative biz with their blogs. When I'm not blogging, I'm working on my young adult novel that I'm hoping to publish soon, dreaming of my next travel destination, and watching Korean dramas. Read More…

Any cookies that may not be particularly necessary for the website to function and is used specifically to collect user personal data via analytics, ads, other embedded contents are termed as non-necessary cookies. It is mandatory to procure user consent prior to running these cookies on your website.